Is Your Advertising Deceptive? – Back Up Your Claims 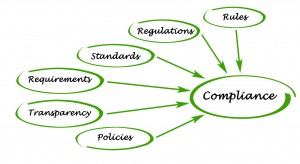 The FTC acted on the complaints of the parents of children with speech disorders. In the lawsuit against NourishLife, FTC has proved the Speak and Speak Smooth supplements produced and sold by the company are deceitfully marketed as the solution for children’s speech problems. Based on the product’s website, the supplements are concoctions of Omega-3, Omega-6, and Vitamins E and K.

Among the advertisement claims for these products include: serving as an aid for a child’s speech and language development, dramatic improvement in quality of speech and behavior, solution to speech problems caused by medical conditions like apraxia and autism, and that it is “clinically” proven to work.

Perhaps, the main factor that swayed parents to buy these supplements is the positive reviews or testimonials from parents who have purportedly tried such supplements on their kids. Some even claim surprising results with their children being able to speak clearly just days or even hours after initially taking these supplements. According to the case filed, testimonials advertised by the company are naturally favorable because such parents were either paid or were supplied with the products for free.

The company also has an undue advantage when it comes to advertising because it pays its way to the top pages of search engines and popular websites like Facebook, and Twitter. On the claims that these products are clinically and scientifically proven to work, NourishLife cites an apraxia research website as its clinical tester, including an endorsement from a person claiming to be the Chairman of Autism Home Network. However, based on investigations, what supposedly an independent apraxia research website was, in fact, owned by the company itself.

The court handling the case in Illinois has favored FTC and initially penalized NourishLife for $3.68 million for its deceptive forms of advertising. But because of the company’s inability to pay, the settlement was commuted down to $200,000 plus the prohibition of making deceptive claims on the efficacy of its supplements and the full disclosure of material connections with its endorsers.

Perhaps, the only videogame that claims to enhance your child’s mental performance is the ifocus System and Jungle Rangers developed by Focus Education. The company even has its own “scientific” explanation how the videogame works its wonders. According to its sales pitch, the product is based on “integrated neuro technology.” It works by opening and strengthening important neuro pathways in humans. This eventually translates to improved mental performance.

The product claims to: improve focus, memory, behavior, and overall performance at school for children and provide a solution fading memory for seniors. And according to the company, these beneficial results will be permanent. On its television advertisements, the company presented testimonials not only from excelling students but from parents, teachers, a psychiatrist, and even kids with ADHD as well.

But upon the inquiry of FTC, the company representatives failed to produce solid scientific evidence that would back up the above product claims. As a result, the Federal Trade Commission banned Focus Education from making any beneficial claims, unless they can be backed up by competent and reliable scientific evidence. Such scientific tests should be independent, random, double-blind, well-controlled, and to be performed by qualified researchers or experts.

• reveal material connections between the advertiser and endorsers to create truthful and unbiased testimonials;
• ensure independence of scientific or medical sources backing their products;
• be cautious to prevent wrong impressions produced by their advertisements to consumers;
• ensure that truth in advertising should cascade down to individual distributors, resellers, and marketers;
• And to produce solid scientific evidence, especially when it concerns improvements in children’s cognitive abilities.

You get free technical email support 7 days per week for questions or if you need help downloading your forms. Download immediately after ordering. We’re here to assist you and answer questions. Email us at support@disclaimertemplate.com.

Menu
We use cookies to ensure that we give you the best experience on our website. Continued use of the site means that you agree on the use of cookies on this site.OK